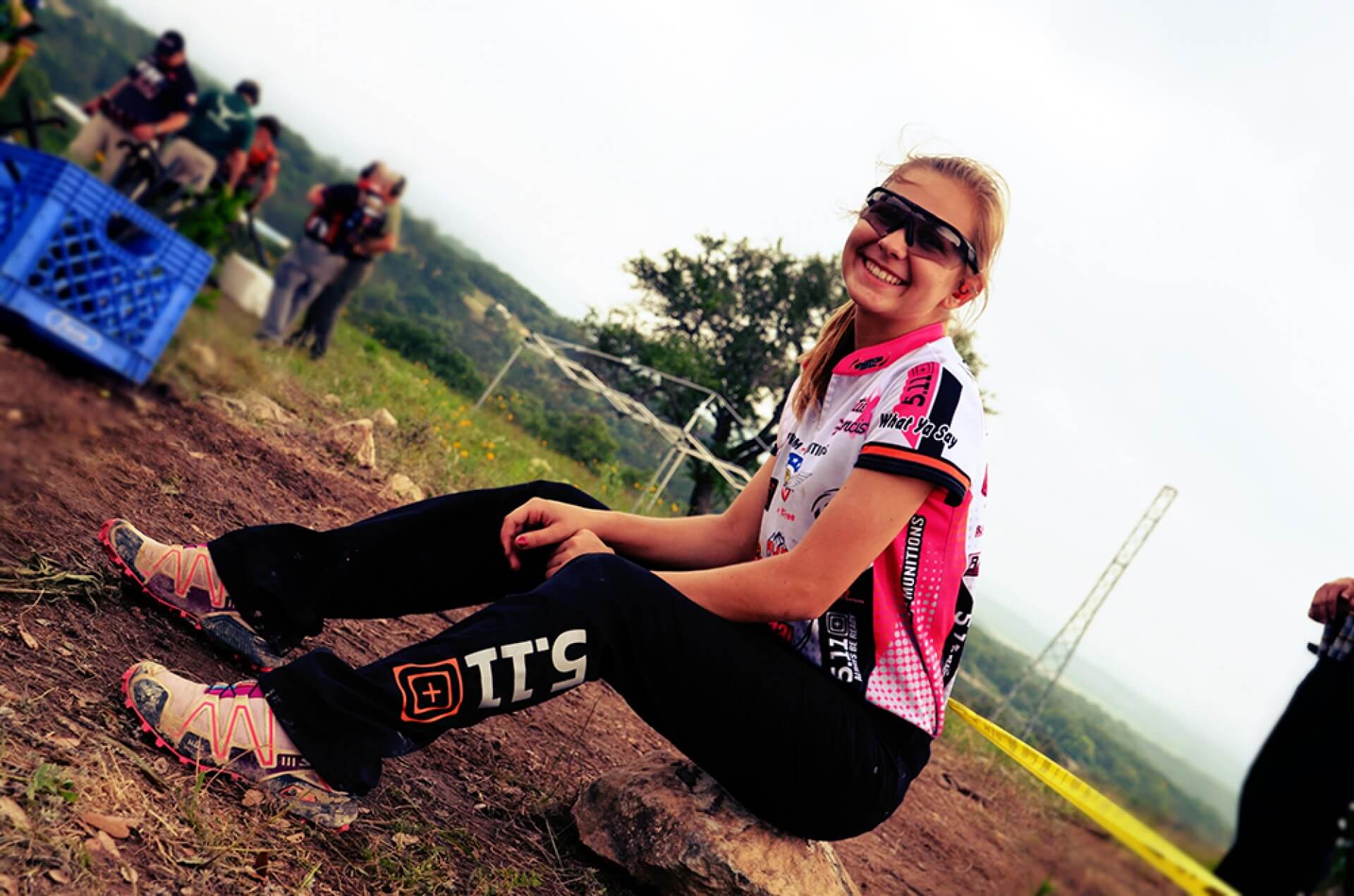 A recurring installment, Hexmag takes a look at top shooters who have left their mark. Hexmag is a proud sponsor of Generation 3 Gun and its important efforts.

Katelyn Francis stands at the ready, her finger on the trigger, her hair tucked into a neat little ponytail under a camouflage baseball hat.

“The shooter has indicated ready. Stand by ... ”

A high-pitched beep cues Katie to take aim with her AR-15 rifle. Within two seconds, she hits her targets and moves toward a barrel to exchange her rifle for a shotgun. With the precision of a military sniper, the 12-year-old slips through the forest picking off 17 staged clays, the sound of her shotgun punctuating the air with a consistent pap, pap, pap. No target goes missed. She dumps the gun into another barrel and pulls out her holstered pistol, her aim never ceasing until the 1 minute, 16 second mark when she looks into the camera, releases the magazine and clears the chambered shell.

And just like that, the determined sharpshooter became a YouTube sensation. Little did her parents know, the FB3G 2012 Stage 1 video, a post meant for her grandparents, would net nearly half a million views in four years.

Today, the 17-year-old has nearly 200,000 Facebook followers and continues to be a prodigy among teen shooters, recently representing the United States team at the World Shotgun Championship in Italy. But Katie is more than just an internationally renowned shooter. She and youth competitors like her were the very inspiration for Generation III Gun, a non-profit organization dedicated to promoting competitive shooting among juniors. The organization provides “scholarships” that help young shooters pay for 3 Gun competition entry fees.

“Katelyn was 9 at the time,” recalls Chad Francis, Katie’s father and one of Generation III Gun’s founders. “Myself and Jeff Welsh, another founder, were sitting at a match, talking about how it cost each of us a house payment every time we took our kids to compete. That’s when the idea to help youth shooters came to us.”

In 2014, the first Generation III Gun competition was introduced. Nestled on a 1,400-acre private ranch in Missouri, the now-annual, 208-shooter competition sells out online within the hour — this year within 28 minutes. The event is held every year during the weekend following Labor Day.

Shooters young and old flock to the event, the lake stage a particular favorite. Aside from paying for costs to host the competition, 100 percent of the proceeds go toward reimbursing junior shooters for other 3 Gun events. Katie and the other founding children are excluded from the scholarship pool because Chad says this event isn’t about them. It’s about all youth shooters. During the Generation III Gun competition, 30-plus junior shooters make up the 208-person field of top-notch competitors, and of course, youth fees are waived.

But the payout is good for adult competitors, too. The Generation III Gun prize table has become just as famed as the lake stage. This year, sponsors donated nearly $145,000 in prizes, and Hexmag was among the proud sponsors of the next generation of shooters.

Katie began shooting a Ruger 22 when she was 5, of course after she was able to cite the safety rules and show “enough maturity”. “It kind of took off from there,” Katie recalls. When she’s not studying or painting her nails or baking gooey cookies, she’s shooting.

“I definitely come in contact with people who think guns are bad, but there are people like me and my family who use them responsibly,” Katie says. “And I feel that every woman should know how to use a gun. It’s a great equalizer between men and women.”

It’s also a great father-daughter equalizer. Katie gets her love of the sport from her father, Chad, a retired Sergeant First Class from the U.S. Army, who competed in military competitions and later civilian matches. He spent the last 10 years training soldiers to shoot and is also the former Marksmanship Coordinator for the State of Missouri National Guard. By day, he works for a private contractor under Homeland Security that provides training for security personnel to protect federal buildings. It’s no wonder marksmanship has rubbed off on Katie.

“I used to compete pretty seriously until my daughter started kicking my butt,” he laughs.

Katie, who graduated a year early to go to college to become a doctor, isn’t able to carry concealed until she’s 19, and that worries her father.

Chad says Generation III Gun is a proponent of the 2nd Amendment. “When I grew up, they were still teaching firearm safety in school. Kids could go into the woods and shoot pop cans, and even the colleges still had shooting ranges,” Chad says. “I worry that if our next generation doesn’t have an interest in guns, our rights will go away. Not only can a gun protect your family, but there’s recreation … hunting and competition. If we don’t get kids involved, eventually us old guys will be too old to fight this fight.”

For Katie, it’s not even really a fight. It’s simply a passion.

When every round countsTM find your sentry hexmag

Buy direct from the
SENTRY Store.

Due to the changing market, some dealers may not be included in our dealer locator list.
If you’re a SENTRY dealer and you don’t see your name, OR if you want to become a SENTRY dealer,
Click here to get on our list. 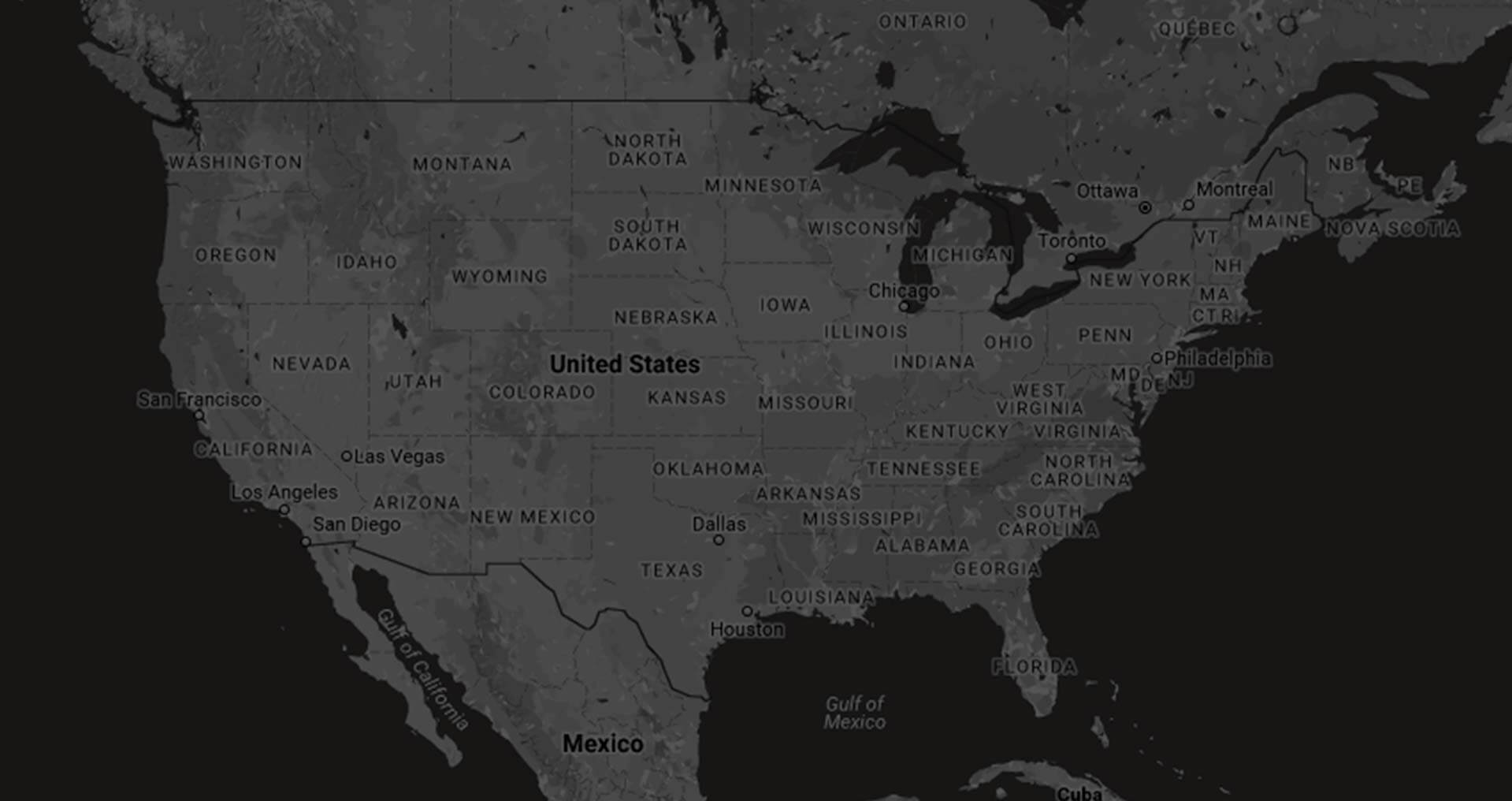